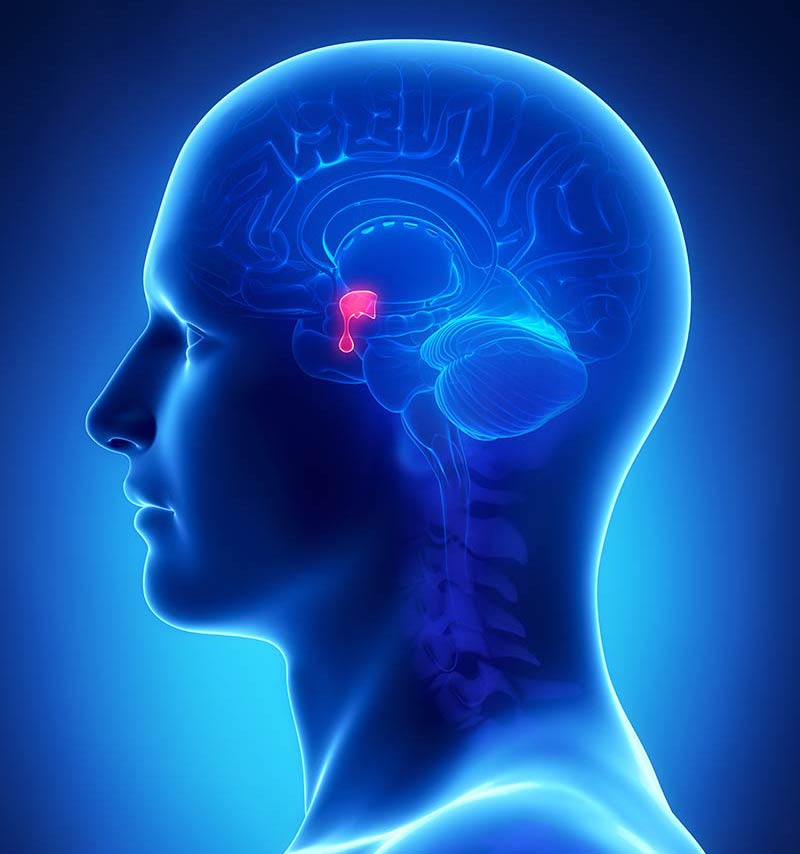 What is the Pituitary Gland?

What is a Pituitary Tumour?

A pituitary tumour (also known as a pituitary adenoma) is a mass of cells that grow on the pituitary gland. They are usually benign (not cancerous) and slow growing.  Benign tumours do not spread to other parts of the body.  Treatment may include surgery, radiation therapy and medication, or monitoring. Although the effects of pituitary tumours are understood, like many tumours, the causes remain largely unknown. 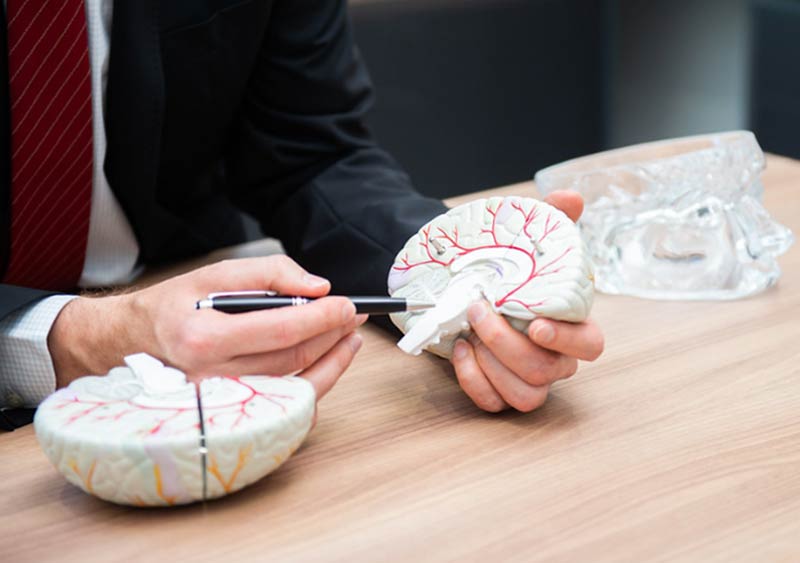 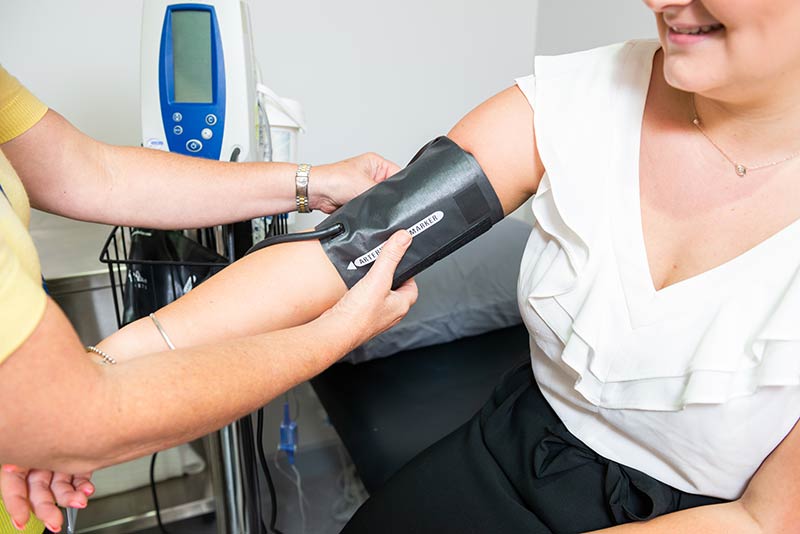 Roles of the pituitary gland

The pituitary gland regulates many important bodily processes by releasing hormones into the bloodstream. Some of the key hormones include:

The different types of pituitary tumour include:

This is the most common pituitary tumour and does not release any hormones. Symptoms are caused by a deficiency in the normal pituitary hormones (because the tumour restricts the function of the normal gland), or by pressure on surrounding structures near the pituitary.

Some of the symptoms of a non-functioning pituitary tumour include:

This type of tumour secretes adrenocorticotropic hormone (ACTH), which causes the adrenal glands (situated above the kidneys) to produce greater than normal amounts of cortisol. This causes a disorder known as Cushing’s disease.

Too much circulating cortisol may also occur due to non-pituitary influences, including adrenal gland tumours or other tumours outside the pituitary that make too much ACTH. These result in a clinical syndrome called Cushing’s syndrome.

This type of tumour releases prolactin, the hormone that naturally increases during pregnancy and after childbirth to stimulate milk production. A woman with a prolactin-producing tumour (prolactinoma) may have irregular or absent menstrual periods and her breasts may make milk, even if she isn’t pregnant.

The effects of this type of tumour in men include loss of libido and erectile dysfunction.

This type of tumour releases growth hormone. Too much growth hormone forces certain body structures such as the face, hands and feet to enlarge and thicken considerably. This condition is called acromegaly, or gigantism if it occurs before growth stops during the adolescent years.

The cardiovascular changes caused by the high levels of growth hormone can be fatal if untreated. This condition also increases the risk of bowel polyps and cancer.

A pituitary tumour is diagnosed using a number of tests including: 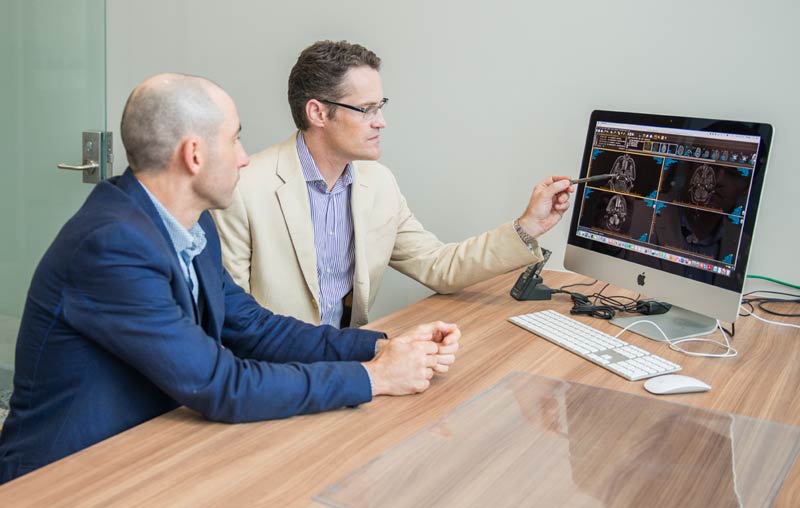 Treatment depends on the type and size of the tumour, and the person’s age and general health. Generally, the treatment options include: 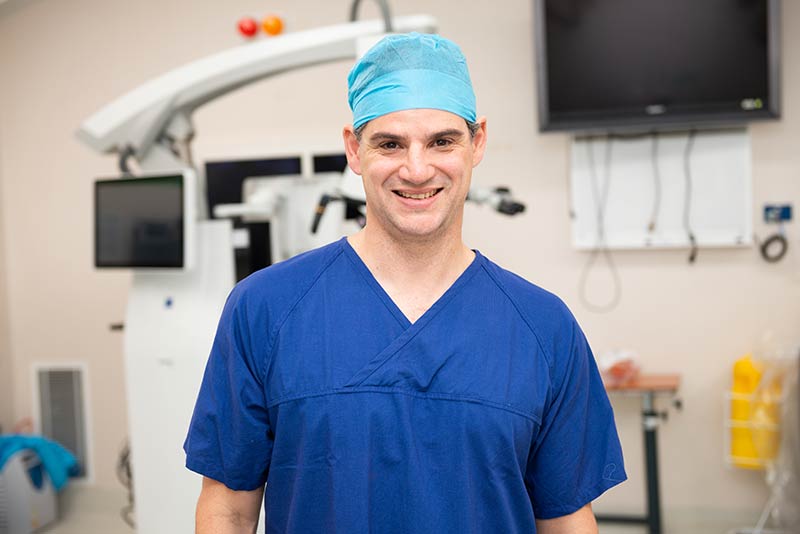 Radiotherapy is generally considered for patients with pituitary tumours who present with the following:

A pituitary tumour, which continues to secrete a specific hormone following surgery, despite treatment with medication.

Radiotherapy describes the use of X-rays to treat pituitary tumours, and it works by damaging the DNA in the nucleus of any cells that it passes through.

It is important to note that many patients are not given radiation treatment after surgery and are followed up with yearly surveillance MRI scans, blood tests and visual field checks. However, it may not be possible for a neurosurgeon to remove the entire pituitary tumour, particularly a larger tumour, to minimise risk to surrounding structures, optic nerves or blood vessels. Small amounts of residual tumour have the tendency to slowly re-grow, even though a pituitary tumour is usually benign.

Types of radiation include:

The best treatment is surgery, but if there is residual or recurrent Cushing’s (which has been reported more than 25 years after initial surgery, hence the need for long term followup) then radiation or drug therapy may be needed.  Drugs that may be used include cabergoline, pasireotide, ketoconazole, metyrapone, mitotane and mifepristone.  All these drugs can have significant side effects and interactions with other drugs, so this will be all discussed with you and followed closely through your course of treatment.

Two types of drugs are available for these types of pituitary tumours and are especially useful if surgery has been unsuccessful in normalising growth hormone production. One type of drugs known as somatostatin analogs, which includes drugs such as octreotide (Sandostatin) and lanreotide (Somatuline Depot), causes a decrease in growth hormone production and may shrink the tumour. These are given by injections, usually every four weeks. These drugs can cause side effects such as nausea, vomiting, diarrhoea, stomach pain, dizziness, headache and pain at the site of injection. Many of these side effects improve or even go away with time. They can also cause gallstones and may worsen diabetes mellitus. The second type of drugs, pegvisomant (Somavert), blocks the effect of excess growth hormone on the body. This drug, given by daily injections, may cause liver damage in some people.

Hormones that may need replacement are hydrocortisone, thyroxine, oestrogen or testosterone, and anti-diuretic hormone. These are all mostly tablets, although oestrogen can be given as patch or gel, and testosterone as spray, gel or injection, and anti-diuretic hormone as a spray.  These will be reviewed regularly by the endocrinologist with blood tests initially daily after surgery, then every few weeks to few months. Once your hormones are stable and there are no new problems, you can expect to need tests for your hormones only once or twice a year. Our team would see you earlier if you were feeling unwell at anytime.